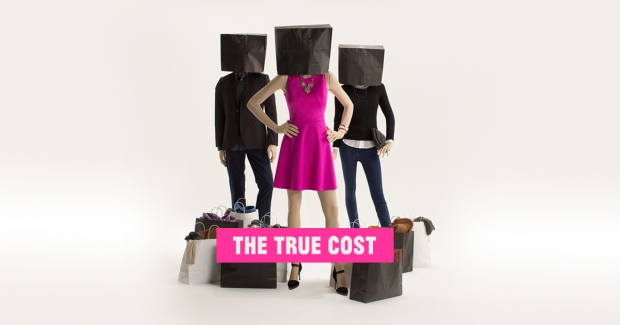 I love clothes. I have always enjoyed dressing up in dresses, jewellery and cute things. When I was a child I loved Barbie and Disney Princesses, and was always wanting to dress like them. At 23 years of age, I am still a fan of clothes and the latest fashions. I have a number of favourite shops that sell the clothing I love at affordable prices. Standing at 6ft 1 Topshop is one of my go tos to buy trousers and jeans (thank you God for tall sections) and there is always going to be something that I can buy that will go with my new outfit. Orsola De Castro, co-founder of Fashion Revolution states:

“We communicate who are, to a certain extent, through clothing. It is fundamentally a part of what we wish to communicate about ourselves to the world.”

However, it is only recently that I have discovered there is another side to the fashion industry. One that I don’t believe is talked about enough. According to Investopedia, ‘fast fashion’ involves producing an item that is cost-efficient, and able to keep up with the fast and ever-changing consumer demands. Shops manage to have the items in stock that are wanted, and as a result, are able to keep their customers happy and generate profit. But here’s how fast fashion is having a devastating impact on our world and on the people who make the clothes.

According to The True Cost, there are approximately 40 million factory garment workers in the world, with almost 4 million of them in Bangladesh, who are making clothes for major western brands. My first question is why? Why should they have to make clothes for people in countries such as the UK and US? And why are they paid a minimum wage of less than $3 a day? There is an extremely unfair system going on here – one which a lot of people don’t want to talk about. The conditions that many people have to work in in these factories are poor, as can be seen from the film. Also from tragedies such as the Rana Plaza disaster in Dhaka, Bangladesh back in 2013. And when these workers rightfully requested they should be paid more, why were they met with such hostility and denied it? Clothing companies generate so much profit from what they sell. How is it, then, that they are unable to pay their labour force what they need for a decent living wage and acceptable working conditions? (The True Cost, 2015)

Companies will source cheap labour from anywhere they can. In 2015, Kanpur was the leather export capital in India for cheap leather. Chromium is used to treat leather, presumably in preparation for who they will sell it to. The substance has had a horrible impact on the land. It flows into the drinking water of those living nearby, contaminating the soil and making people extremely ill as a result. A lot of clothing is non-biodegradable, meaning that when it is thrown on landfill sights, it releases harmful gases into the air, and takes 200 years or more to break down.  Next to oil, fashion is the second most polluting industry in the world.

As a result of fast fashion and cheap clothing, many people are paying the price and so is our planet. But what can we do to make a difference to this vicious cycle of cheap clothing at the expense of others? We can start by asking ourselves if we really need this item of clothing that looks attractive in store. We can make use of the Good on You app that advises how ethical a clothing brand or shop is, and we can donate or fundraise for change. If we all voiced we were unhappy with the treatment that garment workers in other countries were receiving, clothing companies would have to make a change in how they do business. The True Cost is a film that was made in 2015, and whilst it is now 2018 and changes may have been made, there are still millions of people who work in garment factories. I am not convinced that change has come about yet.